There was a survey conducted in the year 2014 which result in the following Education in India Statistics.

A survey on ‘Social Consumption: Education’ was conducted in NSS 71st round (January-June 2014).

a. Literacy rate among persons (aged 5 years and above) in India was 76%. In rural areas, the literacy rate was 71% compared to 86% in urban areas.

III. The completed educational level of population for different age-groups

a. Percentage distribution of rural persons of ages 15 years & above by highest completed levels of education: 35% were not literate, 23% were literates up to the primary, 17% were of level upper primary, 20% were of levels secondary and higher secondary and 4% were graduate & above.

a. In rural areas 94% of households and in urban areas, nearly 93% of households reported the availability of primary school within 1 km from the house.

a. In rural areas, 59% of males and 53% of females in the 5-29 years age-group were currently attending an educational institution.

b. In urban areas, these percentages were 57% and 55% respectively for males and females.

a. Gross Attendance Ratio (GAR) at the primary level was nearly 100% for both males and females in rural and urban areas.

d. Net Attendance Ratios (NAR) in India at the primary level were 84% for males and 83% for females without any major differences in rural and urban areas.

e. NARs at upper primary level for males and females were 64% and 62% respectively without much variation over rural and urban areas.

g. Age-specific Attendance Ratios in the age-group 18-23 years for males and
females were respectively 35% and 28%.

VII. Current attendance of students by type of education

a. 95% of students were in general education and remaining were in technical/professional education.

c. Among persons in age-group 15-29 years who were currently attending any course at primary and above levels, 85% of them were in general education.

Read More Of Us

VIII. Attendance by type of courses

a. At primary and upper primary levels nearly 60% of students (70% in rural areas and 30% in urban areas) were getting free education in India.

b. At secondary and higher secondary levels, 40% of students from rural areas and 22% from urban areas were getting free education.

c. 94% and 89% of students studying in government institutions at the primary level respectively from rural and urban areas were getting free education. At upper primary levels, corresponding figures were 89% and 80% respectively.

d. Percentage of students studying in private unaided institutions and receiving free education at primary and upper primary levels were very negligible (around 1-2%) in both rural and urban areas.

Read More of Us

a. 26% of students (27% of males and 24% of females) were taking private coaching in India combining all levels of education.

b. Incidence of taking private coaching was maximum at secondary and higher secondary levels combined. (38% of male students and 35% of female students)

a. Average expenditure () per student incurred and/or to be incurred during the current academic session was nearly6788 for general education, 62841 for technical/professional (except vocational) and27676 for vocational education.

XIV. Never-enrolment and discontinuance of education

a. After completing primary level education, 37% of males and 39% of females among the ever enrolled persons (aged 5-29 years) left their study.

b. For each completed level of school education from upper primary & above, more than 50% of ever enrolled persons (aged 5-29 years), both males and females, did not continue their study further

c. In India, percentages of persons in the age group of 5-29 years dropping out/discontinuing studies were nearly 33% in rural areas and 38% in urban areas.

d. In India, nearly 11% of the persons aged 5-29 years in rural areas and 6% in urban areas never enrolled in any educational institution.

f. In rural areas the major reason for never-enrolment for persons of ages 5-29 years was ‘not interested in education’ (33% male and 27% female) while in urban areas, nearly 33% males and 30% females in the age group of 5-29 years never enrolled because of ‘financial constraints’.

Nearly 6% of rural households and 29% of urban household possessed a computer.

In India, among households with at least one member of age 14 years and above, nearly 27% had internet access in the survey year, 2014. The proportions were 16% among rural households and 49% among urban households.

Among persons of age 14-29 years, nearly 18% in rural areas and 49% in urban areas were able to operate a computer.

These are some Education in India Statistics which can help you understand the Indian education system very correctly.

So I hope that you understand these following statistic and you may use this data later for your use.

Thank you for reading this blog. 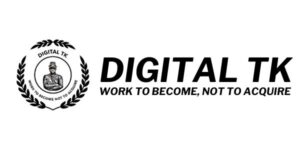 Learn Strong Online Marketing Strategy With Digital TK Which Will Help You Boost Your Business by Helping You Bring in More Customers and Retain New Ones.